“Abercrombie Trail, A Novel of the 1862 Uprising” by Candace Simar

I believe that until Ms. Simar’s Abercrombie Trail series of fiction based on historical events, little was known to those living outside of Minnesota, especially those west of the Rockies, about this pivotal moment in Minnesota history involving Norwegian immigration and the Sioux Uprising of 1862.

It’s 1859 and you’re a young boy emerging into manhood. Praying, you stake your meager Norweigan Krone on a better life in a country you know little about and is less than 100 years old. The familiar land you are leaving behind in Tolga, Norway is a faint silhouette on the skyline as the ship carrying you across the chilling sea lurches from port to starboard and bow to stern. 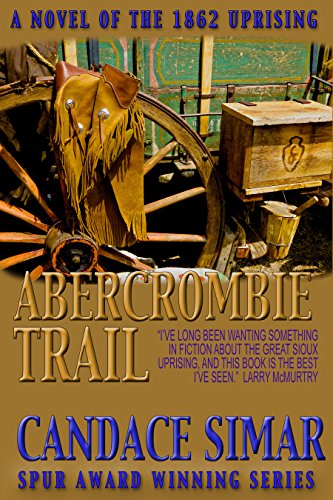 Author Candace Simar, a native Minnesotan, breathes life into her characters by giving the reader a glimpse of Minnesota’s early frontier. As a Spur and Willa award winning author, member of Women Writing the West and Western Writers of America, Ms. Simar commences her main character, Evan Jacobson’s journey as he arrives in Minnesota with little but the clothes on his back. Poignantly describing Evan’s hopes, dreams, and challenges of becoming his own man, a husband, father, landowner, and farmer, Candace leaves no prairie stone unturned in telling this well-written story.

With praise-worthy accolades on this four-book series from Pulitzer Prize-winning author Larry McMurtry of Lonesome Dove fame, Ms. Simar powerfully and respectfully portrays the Sioux Tribal members and Evan, as he and his fellow Norwegians struggle to make a new life for themselves in rugged Minnesota during the Great Sioux Uprising of 1862. For the settlers, it was a struggle for a better life and fertile land. For the Sioux, it was a battle to hold on to, and subsequent tragic loss of their homeland and future. For Minnesotans and Sioux alike, it would be a life-altering war.

Arriving in Minnesota, Evan struggles with a new language and customs, only to find himself embroiled in a war Easterners chose to ignore. At the same time as the Sioux Uprising, the Civil War, where nothing was civil, raged on in the South. A war opposing slavery, Evan understood what it was to be “owned” by another man from family experiences in Norway. Some Minnesotans enlisted their support, many never to return, while unknowingly leaving behind vulnerable family and friends to fight their own tragic war. With broken promises and treaties from the U.S. Government to the Sioux, Evan grappled with joining the war but decided to remain in Minnesota to fight with his neighbors despite personal hardships, tragedies, and unsurmountable odds.

“Life was never easy. Birth, along with agony, messy and difficult, and death, a bitter struggle to the end. In between, it felt mostly the same – messy and difficult with a rare bit of joy now and again..” Serena (a character from book 4)

With all focus on the Civil War, Ms. Simar aptly describes the frustration of little to no assistance offered to Minnesotans from the United States Government. The Sioux Uprising fell to the bottom of then-President Abraham Lincoln’s priorities. With little to no soldiers to spare, Minnesotans braced for the attack by the Sioux on Fort Abercrombie in a fight for their lives, in which there was little hope of military rescue.

The stories in all four of Ms. Simar’s books find Norwegian Evan Jacobson and his family taking on various jobs to survive and pursue dreams while making unusual friendships with often quirky and heartwarming characters who add to these remarkable tales. Despite the hardships of war and fighting for survival while mourning the untimely deaths of those he’d come to love, Ms. Simar vividly paints an often heart-wrenching picture of the Norwegian immigrant’s life as Evan, his family, and friends struggle to survive Minnesota’s brutal war.

I highly recommend these books for great anytime reads, but especially through the long winter months ahead.

ORDERING: Hover your mouse over the title below the book cover to take you to Amazon for ordering. Or, better yet, contact and support your favorite local bookstore to place your order. The best way to compliment an author is to leave a comment on their website, Goodreads or Amazon among other book review sites. 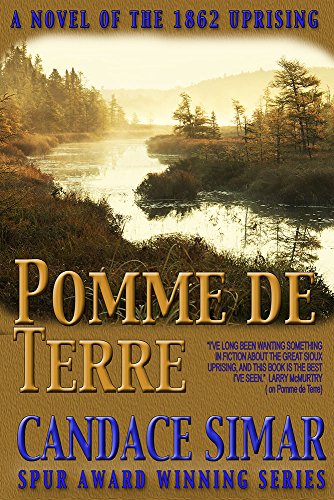 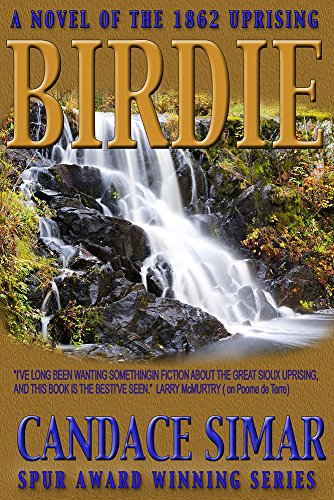