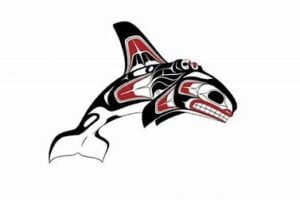 Whether native-born or a transplant to Washington State, living in the Northwest affords its residents the reward of things to see and do. Thriving year-round with an abundance of wildlife and teeming with native flora, Washingtonians are fortunate to be surrounded by the majestic snow-covered Cascade and Olympic Mountain Ranges. Mount Baker to the north, Mount Rainier in the middle, and Mount Saint Helens to the south. How could any Washington resident not feel blessed with the abundance of natural beauty?

Orca Whales  “Lord of the Ocean”

Spring. My favorite time of year. A time of rebirth and renewal. A time when the whales return to our icy waterways surrounded by pristine evergreen-cloaked islands. The Orca or Killer Whale, as known to some by its Latin name Orcinus Orca, is the largest dolphin family member. Its habitat is not limited to the Pacific NW, but its varying species can be seen worldwide. Its average lifespan is similar to that of a human, with the females in the wild living on average 50 years and as long as 80-100 years. ​ Nothing compares to their imposing presence, especially since being classified as an endangered species both in the U.S.(2005) and Canada(2001)(1).

According to the Washington Department of Fish and Wildlife, sadly, their numbers are at risk. Due to environmental contaminants leaching into their bodies, the threat of major oil spills, diseases, depletion of food sources, and, yes, climate change, their numbers are dwindling.

Holding your breath, nothing compares to the thrill of viewing their water-slicked black and white bodies breach the waterway sending chills down the fortunate on-lookers spine. Their unique colored markings, the shape, and frequent marks of scarring along their dorsal fin and body allow preservation agencies to identify each whale within a specific pod.

CLICK ON LINK  and TURN ON YOUR SOUND TO WATCH AMAZING DRONE FOOTAGE OF ORCAS AND GRAY WHALES AROUND CAMANO ISLAND, WA. HINT: watch for the Orca at 0.36 sec with a Harbor Porpoise in his mouth. 2021 03 12 Port Susan Whale Watchers 2020 Highlight reel transitions vol 2 zoom orca.mp4 – OneDrive (live.com)   Footage by John C. Storbeck of Camano Island, WA. Used with permission.

During their migration season, spring, particularly for feeding and mating purposes, the whales return to the inlets and passageways surrounding Pacific Northwest islands. I count myself fortunate to live on one such island with the ability to watch, oftentimes from my deck, these magnificent creatures in their natural habitat. Our abundant, yet eco-sensitive waterways containing salmon, krill, shrimp, plankton, and other microscopic animals upon which these whales feed have them returning year after year. My local neighbors have a great “alert” system. Whoever sights the whales first sends out a text message stating, “Whales Out Front,” causing an anxious rush to windows with binoculars.

The gray whale (Eschrichtius robustus), now only found in the North Pacific Ocean, is also known as the grey whale, gray back whale, Pacific gray whale, or California gray whale. It is a baleen whale descending from whales of thirty million years ago. Like the Orca, the Gray whale migrates between feeding and breeding grounds yearly and thankfully graces the Pacific NW’s waterways with its presence.  It is known to reach up to forty-nine feet in length and 90,000 pounds, living approximately 55 to 80 years. However, its true lifespan is unknown.

Unlike the Orca’s shiny, smooth skin, the Gray whale has gray patches and white mottling, giving it its name. From a distance, it appears to be covered with barnacles. During their annual migration, they have known to travel between 10,000 – 14,000 miles.

Once commercially hunted to near extinction, the Gray whale was removed from the endangered list in 1994. Commercial hunting of these magnificent creatures, thankfully, remains illegal.  The population has improved, yet recent deaths within the Pacific NW’s inland waterways have been reported.

Although this species is protected under the Marine Mammal Protection Act, along their journey, they become threatened by entanglement in commercial fishing nets, being struck by ocean traversing tankers, and various environmental contamination such as oil spills and noise, and habitat degradation.  These threats, though man-made, are not limited to human interventions; their young are at risk of being attacked and savagely killed by their waterway partners, the Orca or Killer whale.

Whales are beautiful and often curious creatures we all want to see in their natural habitat. Yet, it frustrates us islanders and other citizens when whale-watching tours or individual boaters follow too close, endangering the whale pods.  We must remember that THEY ARE IN THEIR NATURAL HABITAT, and there are rules to be followed to protect them, their young, and their feeding grounds.

Although my educational background is in human science, I by no means profess to be an expert on these magnificent seafaring creatures. This is just a snippet of information about the Orca and Gray whales that grace us with their presence in the spring surrounding NW Washington’s beautiful islands. There is much to research and learn about these fascinating mammals. I hope in some way I have piqued your interest in learning more and you have enjoyed reading and watching the video about the whales who call Washington’s waterways home.

Please click on the above-highlighted links to learn more.

This author has no financial interest in Spirits of the West Art Gallery. It is referenced here for the sole purpose of providing Northwest Native history related to the Orca Whale.